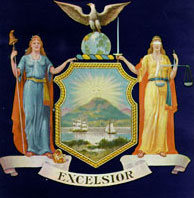 Not sure what VOTE-COPE is or why you should contribute? The easiest response we can give is that the acronym says it all:

Voice Of Teachers in Education Committee On Political Education.

VOTE-COPE is NYSUT’s non-partisan political action fund. It pools the voluntary contributions of members from across the state to make contributions to pro-education candidates and to support political action that aims to protect our incomes and careers, health and safety, retirement changes, and health care.

Some misunderstand the purpose and function of VOTE-COPE, so it’s important to emphasize that members voluntarily contribute to the fund and that the political action is non-partisan. VOTE-COPE supports the election of pro-education candidates and grass-roots lobbying. Union dues are not used for political action. Through VOTE-COPE, the professional and personal lives of our members are improved. VOTE-COPE is your political action committee: It is your voice in Albany, your best means to educate politicians on the issues that shape our professional lives.